Is time to switching on again the spotlights on the figure of the Belgian Gin Devo, since 1982 critical component in the design of rear Indus / EBM / ambient Vomito Negro shared together with the faithful Samdevos, Sven Kadanza and other members escaped on several occasions by the platform. The musical training of Gin is embellished by a graduated more than twenty years at the Royal Art Academy in Antwerp, a goal which was followed by a period of study in the context of the Royal Conservatory in the field of experimental electronic music. The vomiting Negro, however, are not the only reality sound built by the protagonist: in fact he founded in 1993 with Guy Van Mieghem Blok 57 of the impromptu design electro / techno oriented called Full Dynamic Range, as well as the side-project of radical tendency EBM created in 2002 and known as Pressure Control, which is attributed to the excellent album “Vamp”. Recently come to label EK Product, Gin I continued it through a renewed journey record as a soloist proposing, in addition to this album “Wrong,” the flashback “Surface”, relealizzazione of nine songs recorded during the period 1988-1989 which, for content and atmospheres, are well suited to support the background sound of avant-garde art exhibitions.

By focusing attention on the aforementioned full-length “Errata”, it should be noted, thus honoring the efforts made by Gin I have the building up of the electronic structures audible in the tracklist have been fully produced without the use of softwares: every sound, every detail is therefore originated from physical equipment, all in accordance with the classic EBM locations with futuristic cutting that which the artist is worthy continuer. “War Of The Machines” is the track that leads to the release, a dance mechanically scanned by mid-tempo beats wedged between consonances by leaden hue, all dominated by the vocals of Gin whose roughness supplements the widespread abrasive buzzing from the keyboard. “Out Of Control” processes a segment drum-programming/sequencing clearly of EBM, planned by the sounds of metal percussion, applied electronics and futuristic suggestions voice. The instrumental “Salted Flesh” is a danceable alternative mechanism to track processed through an obsessive, modular sub-rhythmic sequenced on the surface are shown in rapid succession in mind and frames of images post-industrial, and “Good Night Mr. President” expressed in its movements theorem predominantly rationalistic EBM, concentrating in its core a robotic sound mass programmed by machines symmetrically grim technicalities keyboard and voice filtering. Another episode entrusted entirely to the tools is “Deep State,” a slow, hypnotic combination of punctuation and sequenced icy evaporation keyboard publications, as well as the following “Twisted Heads” chasing a dynamic electro-percussive track on which alternate sections vanishing voice, whose reverberations are fragmented into contact with the iciness of the key. “Scope Of Desire” experiences instead formulas dark-EBM, expressing them through a linear replication of drum-programming in addition to the resolute voice of Gin, describing it wakes alonate mystery inserted with precision murky rarefactions keyboard. Shade and coolness are the primary elements that build the next “Mind Control”, located on the canons strictly old-school EBM recalled the style held by the interpreter that provides a thin geometry drawn around the base drum in symbiosis with the gloom of the synthetic vocals, the lethal toxicity of fumes keyboard publications and electronic spectral choreography staged by the sections.

The track that bears the same name, album title, “Errata”, very technical, leading to the closure of the work using nothing more than a long, repetitive extension programming thinned and shaped by the sub-zero temperature, filament rhythmic than which interact alien voices, radio-frequencies from the lunar soil, whispers echoed and extra-modulations. Exciting work, a record that stands out the glorious harmonies EBM that have made this particular electronic culture: Gin I move smoothly in this space, including background and obvious futuristic experimentation, creating an album that sees the protagonist to the best of his inspiration. In addition, the joint and prestigious release by a label traditionally devoted to the genre in question as the EK Product, adds value to the disc, it always guaranteeing the listener a high standard in the contents in addition to strong technical preparation of the artists recruited. Artificial sounds designed for technological movement of the human body: “Errata” is what I would call without delay an highly successful album. 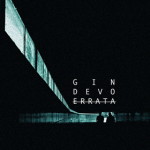