Some of you for sure remember Buzz. This French band set up by J-C Van Thienen was mainly active during the 80s and the 00s. Vuduvox rose up from the ashes of Buzz while Olivier Thibaut (of SA42) is playing the guitar.

This debut full length is a real nice surprise for all lovers of EBM. There clearly is an old-styled EBM aspect running through the song, which has been empowered by guitar riffs. The guitar riffs often remind me of Birmingham 6 – which mainly used samplings. Electronics and guitar together create a perfect symbiosis resulting in several recommended tracks. One of the main characteristics of Vuduvox however remains the lyrics sung in French. It’s rather unusual, but rather original. Most of the lyrics evoke darker themes, but it sometimes becomes pretty funny as well. I refer to the song “Kennedy” dealing with the murder of JFK. Another main characteristic of the album consists of the multiple breaks entitled “Vudubreaks”. We get a total of 12 breaks, which is not exactly the most essential element of the work. These breaks are rather experimental and pure intermezzos between the EBM cuts.

The dark EBM style of this album works pretty well. It’s a very efficient mix between some Buzz reminiscences, a more powerful EBM approach and excellent guitar riffs. The sound of Vuduvox clearly refers to the late 80s and 90s EBM productions while at the same time it also sounds very contemporary. And the band didn’t spare any efforts to get their album the most credible as possible. Dirk Da Davo helped them for the mixing and production while Len Lemeire (Implant) took care for the mastering. It’s hard to say what has been the real impact of Dirk Da Davo, but there are enough tracks on this album to speak about a real success. I have a little preference for “L’Usine”, “Disco-Démolition” and “Au Rythme Des Incendies”.

Vuduvox sounds hard and dark. The album did not reinvent the EBM style, but simply reveals a successful EBM production that will easily find the way of dancefloors specialized in body music. 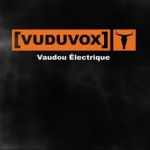