Punky perfectionistic electro.
Protectorate is the solo project of Kalle Lindberg, since earlier known as the singer in Cardinal Noire, which in its turn was formed from Protectorate but was differentiated since the member Lasse Alander was part of the crew. Now it is time for Kalles first studio album after Cardinal Noires debut almost two years ago, although an EP was released as early as 2012. However Lasse is in fact participating also in this release why it is yet more confusing why this isn’t classified as a Cardinal Noire release.

Initially Protectorate is very similar to Cardinal Noire but as the tracks progress a more interesting sound less focused on experimental elements emerges, even though the vocals are pretty much identical. It is beautiful, it is aggressive, it is grandious and just simply wonderful.

The album “Protectorate” kicks off with the nineties-esque track “Exile” that instantly sets both the tempo and the framework for the album. The tracks are compact and mostly under five minutes, without any breaks or long introductions. The album sounds like the love child of Object and Youth Code. The punky, dirty attitude of “Commitment to Complications” blended with the perfectionistic electro of “Mechanisms of Faith”, along with some electric guitars and EBM basslines make up the sound. All this is wrapped in a distorted coating.

The strange thing is that one listen can be a completely fantastic journey while other times the tracks just pass by without notice. This has probably something to do with the listener’s level of concentration and in summary it takes a genuine interest to be able to receive something in return. This allows for an almost infinite number of playbacks of this album, but that it from time to time also is completely left forgotten.

The rising trend of classic Industrial is continued with “Protectorate” which is yet another fantastic release in later years that strengthens me in my belief that just this particular kind of electronic music is indeed immortal. 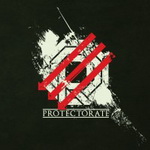