You don’t exactly expect hard techno-EBM coming from Texas (USA), and yet Equitant is a project that has actually been active since the early 1990’s. Equitant stands for high-tech & modern techno-EBM, and can be defined as an offspring between bands like Nitzer Ebb & DAF at one side, and a darkened Giorgio Moroder at the other. You hear some of the hardest beats in old-school EBM, with a touch of old-school techno, and a great deal of hard energy stemming from 1980’s electronic music. The mix of both styles is simply irresistible and injects a refreshing boost to the traditional electronic music of today.

Expect an album which emanates a contagious technological aura. Excellent blends of techno, EBM & dark-disco that will make you dance for an incalculable amount of hours. Emotional, intense, impassioned – this is real electronic dance music with a backbone. The best of Equitant at maximum power! 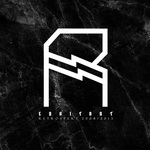