Every now and again you stumble upon a rare find, a brand new band that has seemingly come out of nowhere and dropped a debut album that is completely awesome. Lets all welcome Hexadiode to the fold. A remarkable find for me, Hexadiode are a US duo based out of Dayton, Ohio, adhering to a philosophy of old-school flavoured electro-industrial rooted in FLA territory with a touch of EBM to boot.

Opening the album is “Synchrocidal” and straight away its quite clear that we’re in special territory – the quality of the songwriting here is outstanding, the chorus is huge. “Breaking It Whole” is another quality melodic track, aggressive in tone, the chorus again is epic. “Contamination” is an analogue beast, built to destroy. Fantastic stuff. “Hexon Shift” is a groove machine, mechanical and cold. Another highlight is “Rive”, with its contorting, noisy analogue synths triggering your brain synapses into overload. Closing the album are two remixes, the first being labelmates Protectorate’s version of “Synchrocidal” and the other being Txtbeak’s take on “Breaking It Whole”, both solid. Pro-tip: keep an eye out for Protectorate’s debut album later this year.

This album is essential listening for all self-respecting rivetheads out there. Highly recommended for all Front Line Assembly, Skinny Puppy, Front 242 and Nine Inch Nails fans. 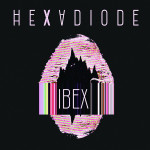