A diverse but organized chaos.

The Finnish newcomers Cardinal Noire hits hard with their self-entitled debut album sounding of classic Industrial. Cardinal Noire is yet another assembly of modern music acts that consider the sound defined as Electro-Industrial over thirty years ago well up for todays electronic scene. And I am the first to agree since the music of that time was more of the type ”less is more” than what is the common motto today.

Apparently it has worked since the sound continues to inspire over a generation later. Upon hearing the sound of the album, the first thing to come to mind is of the more experimental parts of Skinny Puppys ”Last Rights” from 1992. One could say that this type of neo old-school Industrial has caught up and is nearing the end of the peak that some consider occurred in the middle of the nineties. When analyzing the album ”Cardinal Noire” I sometimes have a hard time to grasp all the sounds and everything that is happening at the same time. It is like looking at a constructed haystack of metal sticks. At first you look a bit perplexed and can’t see how it all ties together, but if you pull one stick out the entire construction falls apart proving that it didn’t get there by chance. This is the true definition of an organized chaos.

The tracks are relatively short at around four minutes except the defacto mandatory epic ballad, the finishing track ”Mirror Shards”. But even this track is presented in multiple episodes that differs from the usual style of these types of tracks. Personally I would have wanted more hits for the dance floor like ”MKIV: Eternal” and ”Narkomat”. These upbeat parts are present in most tracks, but considering the overall experimental framework around which the tracks are built, they never fully blossom. However if you enjoy to lean back in a comfy armchair, put on you headphones and close your eyes to disappear into a chaotic world this album is the recommended aid. 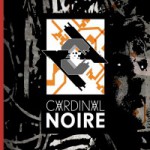