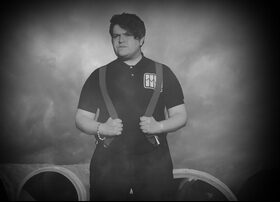 RESISTOR is a Colombian electronic band born at the end of 2011, strongly driven by the Old School EBM genre and influenced by the sounds of iconic bands such as Orange Sector, Nitzer Ebb, And One, Die Krupps or Spetsnaz, among many others, and combining these influences with other sources of inspiration coming from experiences related to human strives and transform them into a blast of energy manifested in the form of music with strong basslines and vocals, as well as overwhelming beats.

Resistor’s first release was Breathe EP in 2015, which compiled an interesting amount of remixes by artists like The Horrorist, Xotox, Equitant, Grandchaos and Delectro to name a few. This release brought different shades of sounds which became into an influence for their first long duration album called Ice Cold Gold, released in 2017, which compiled most songs created since the beginning of the project until then. Both releases have been issued in digital format exclusively.