Echōdead is an excessive blend of Industrial, EBM and Synthpop from Hamburg/Germany.

The music is straight and direct. Full of rage and energy. Full of shouts and growls. Sometimes clubby, sometimes catchy.

Founded as a one man band by producer Carsten Roggenbuck in 2019, loose tracks were produced mainly on older Yamaha and Ensoniq synths of the 80s and 90s, combined with modern computerbased soundproduction. This led to the debut album “Random Headnoise Parallax” which will be released soon.

In addition to the coercively music, the voice and lyrics are a carrying and gripping element of the songs by echodead. Sometimes shouting, sometimes melodic, sometimes growling, stories of inner demons, hate and general conflicts are told.

Inspired by different styles of electronic music (to name names would go beyond the scope), Horror movies (which passionately get sampled in the songs), Industrial and Metal, these influences are not only copied, but always transferred to an individual sound cosmos which is then spun upon.

This creates a modern, broadband and unique sound. 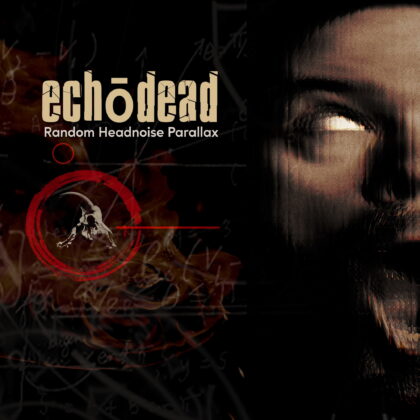